iPhone 14: everything you need to know

iPhone 14: everything you need to know

As we all know iPhone is a well-established brand during this time. As their iPhone 13 was hugely popular, as it is considered one of the best in the market.

iPhone is coming out with a new launch of iPhone 14, in fact these aren’t rumors. It is a more exciting upgrade of iPhone 13. The new upgrades as of now is its redesign, removal of face id notch and they improvised their camera set up too.

Now we are going to discuss about the new iPhone release 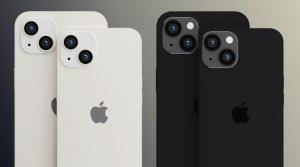 iPhone had officially unveiled their iPhone 13 in September 2021; hence it is quite some time since they released a new idea. There aren’t any solid or satisfying dates mentioned. But iPhone releases tend to happen during the month of September . So, with that in mind we could actually assume that their new iPhone 14 release will be in September 2022.

If you are an apple follower, you might have already guessed the design of the launch. iPhone 14 is going to look more like the departure than the iPhone 13 was. As we know that iPhone 13 is one of the best phones available 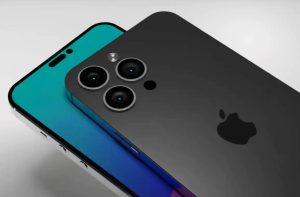 If you have guessed the design, then you are right, it’s the notch. Many of the users of apple have decried with the infamous iPhone notch which was introduced in the beginning with the iPhone X, ever since then it has been the same in all the subsequent iPhone models. Notch is not only for aesthetics but also for the face id to work. There is also a rumour that notch has been removed for the upcoming iPhone 14, in favour of the punch hole camera.

A smartphone display level shows you a lot about the handset you hold. iPhone 13 screens have turned out to be the strength of apples current smartphone line-up. Always iPhone stands out from this because of their colourful screen and adaptive 120Hz which brings it to the next level. It also implies apples pro phones can adjust to their fast-changing displays refreshes. As far as now rumours have come up with a picture of more or less than iPhone 13. But you will find some exciting enhancements to the iPhone 14 displays that can be taken as noticeable improvements. It is because of the competitor’s pressure that iPhone has taken seriously about the display upgrade for their own handset. The iPhone 14, iPhone 14 pro and iPhone 14 pro max keeps the 6.7-inch screen size featured same like the iPhone 13 pro max. one of the expected change in the iPhone 14 pro display is they are tipped to lose the notch, it has been there ever since after the debut of iPhone x in 2017. And there are two cut outs to house the front camera and face id sensors. This can free up little extra space on both phones.

iPhone 14 will be in here in just a few weeks. As always camera is a big question, it has been a talk that iPhone 14 pro will have 48 MP wide camera for the first time ever in the history of iPhone. It is a massive change from standard 12 MP camera to 48MP camera. This actually means you can take sharper pictures and 8K videos. Everyone who upgraded from the iPhone 12 pro to the iPhone 13 pro got a bigger bump camera. It is expected that this time iPhone 14 camera array is expected to get much bigger.

Follow TGI Technologies , to get updated about the latest trends and news in the digital world.