What is Facebook Metaverse and How does it work?

What is Facebook Metaverse and How does it work?

Facebook Recently Rebranded itself to Meta and CEO Mark Zuckerberg announced their new futuristic venture of ‘Metaverse’. Ever since that day, The Tech world is engaged on the hot discussions and debates of what this Metaverse is and how it is going to change the Internet forever.

When you hear the word metaverse, what pops into your mind? I immediately think of multiverse because they sound almost similar. And, they are somewhat similar. Metaverse is a universe where you can live as a part of your life. The concept of metaverse has existed for a long time. And, now, with Facebook (or rather Meta) taking initiative, we may see results quite soon.

We are not expecting perfect results. But, every step leads us closer to the vision of Meta’s CEO, Mark Zuckerberg. How do we open a portal to another universe — the metaverse? We don’t. We create it. The metaverse as such does not exist. Not in it’s complete form. Therefore, it is not fully accessed by people for what we may in the future.

The things we already know

Augmented Reality and Virtual Reality are nothing new. They have existed for some time now. And, we may have used it at some point. It might not have seemed as much. But, they will help in building the metaverse.

The vision of meta for the metaverse is to erase the alienation you feel when looking at a screen and experiencing things. When someone sends you a video, you watch it indifferently. You do not experience the joy shared by the people in the video. Meta aims to bring their joy to you.

Meta will make you a part of what you see rather than be a third person viewer. How cool is that? You get to share moments with your loved ones digitally. It opens a whole new universe. Without a physical presence, you can still be there where you want to be digitally. Time and space will no longer be a problem when the metaverse is fully developed.

Augmented Reality is something we might be more familiar with. The best and most relatable experience you might have had is with Pokemon Go. It is a form of Augmented reality where your surroundings play an important role. This particular example might not be the most pleasant.

Imagine holding your phone against something like a café. And, there you can see more details about the place, like maybe reviews, ratings. It can help your decision making considerably. This is a feasible example and something we can all imagine. Nothing too complicated. The metaverse promises something better than this.

All we can do is wait and see the future of the internet unfold before our eyes.

here is a video shared by mark Zuckerberg on his Instagram page about Metaverse Augmented reality.

There are two things that come up when you think of virtual reality today. One is “Cool!”. The other is “Expensive!”. Both are true. You get to experience a world (which is really amazing) at a price which can be hefty for the majority (which is disappointing).

Our experience of virtual reality is mostly limited to VR videos. If you have ever watched one with the proper equipment, you will know just how awesome it is to experience virtual reality. Once you put on the VR headset, you are transported to another world. You can do whatever you want. You can look around and see the world around you.

You’ll be at a loss for words the first time you experience VR. But, unfortunately, VR headsets are not cheap (not the good ones anyway). Meta introduced an affordable VR headset. It intends to make the multiverse available to everyone since it is claimed to be the future of the internet. 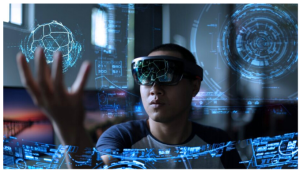 When can we expect to see the metaverse in all its glory?

Work on the metaverse has just started. It will take a lot of years. It might even take a few decades. As cool as the idea of the metaverse is, to pull off something like that takes time and effort. Change doesn’t happen overnight (not with the metaverse).

If you have played VR games, you will know just how clunky they are. The concept of the game will be amazing, but the technology of the times limits the execution.

Games like Beat Saber might have it nailed in the VR. But, VR chat, which is closer to the metaverse in what it aims to be, is really cartoonish with ‘not so great’ graphics. You’ll understand once you watch a gameplay of any VR game.

Once implemented, the metaverse will become a crucial part of our lives, and along with it, Meta too. This has some people worried. Meta as Facebook didn’t have a reputation for being the best company which puts customer interests first. It’s a worrying thought.

Is Meta playing the meta (most effective tactics available)? Is Meta directing attention away from the problems the company is currently facing and turning heads with a new innovation — the metaverse? Some people believe this is the case. It might also be to gain an upper hand as Apple and Google hold Meta on a leash right now.

Meta will effectively control the digital world if this is the case. It’ll be what one could call a monopoly. But, it has been promised that the metaverse is not the construct of one company alone. It will be built by anyone who wants to. Any and all contributions are welcome.

Even though it is an open project, there is still a certain level of uncertainty as to what might happen after the metaverse is functional. 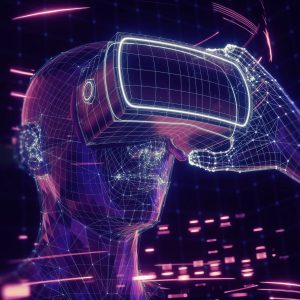 Is the metaverse good?

We will be in a virtual world with virtual avatars designed by people and we will interact with them. Some people might see it as a way out of their boring everyday lives. Digital health might be at a risk. People have expressed their concerns about the same. Will it, by bringing people closer together digitally, rob them of their real life.

All we can do is wait and see what the future has in store for us as nothing conclusive can be stated so early in the development of the metaverse.

For more news on such new developments in the digital world, stay tuned to our website. We at TGI Technologies, one of the best Digital Marketing Companies in Kerala, aim to bring you the latest news without filters or false information. We are a digital marketing agency in Kochi, Kerala, aiming to make people more digitally aware as the future looks digital (that is what people say and we want you to be as knowledgeable as the next guy if not more).

What is meant by Keyword mapping?
Simone